How Volcanoes Shape the Azores

The Azores archipelago is located near the triple junction of the Eurasian, American and African plates on the Atlantic Ocean. The islands are approximately 1500km from Europe and 3900km from the North American east coast and are located on the Azores Plateau, which is a thick and irregular area of oceanic crust.

While some say that the Azores is a hot spot for volcanoes, scientific research has determined that the islands are only associated with a spreading centre. Despite this, the appeal of this volcanic archipelago remains undeniable. There’s plenty to see and do in the Azores, including exploring the volcanoes that shape the Azores into unforgettable landscapes and breath-taking scenery.

Volcanoes in the Azores

Just in this archipelago, there are 26 active volcanoes, 8 of which are underwater. The first ever recorded eruption was at Furnas Volcano between 1439 and 1443, its final stage coinciding with the settlement of São Miguel Island.

Only the island of Santa Maria doesn’t have any active volcanos, but the rest have volcanic structures that may erupt at any given time; however, there have been no signs of any activity for many years.

The spreading rift at the centre of the Azores, called Terceira rift, formed around 36 million years ago, and is migrating to the south. It has 550km in length and is the world’s slowest spreading centre at a plate divergence rate of 2 to 4mm per year.

If you are interested in exploring the volcanoes of the Azores, take a look at three of the most popular ones below before you visit!

One of the 7 Natural Wonders of Portugal, the Volcanic Landscape of Pico Island is characterised by the stunning 2351m Pico mountain, the highest point in all of Portugal. The crater’s perimeter comes to around 700m, while its depth is 30m. The volcanic cone is 70m in height.

If you decide to climb this volcano, you’ll be able to enjoy a beautiful sight; the colourful flora, the other Azorean islands, the vast expanse of the Atlantic… the base of the mount is brimming with fantastic vineyards that have made the UNESCO’s World Patrimony list, while the top, which you can access by car until 1200m, allows you to observe the world from a unique point of view. 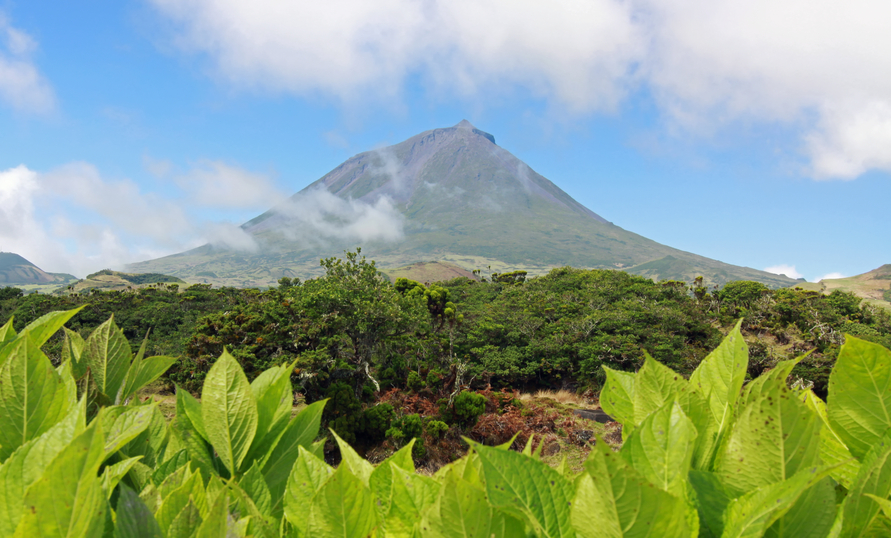 Literally translated to ‘Mouths of Fire’, this volcano is located on the São Jorge Island, near the community of Urzelina. There was a big eruption in May and June of 1808, which caused major destruction and produced a basalt field of volcanic rock. This eruption marked the last sub-areal one recorded in the Azores.

The Sete Cidades volcano (or Seven Cities volcano) is located on the island of São Miguel, at the eastern end of the spreading Terceira rift axis. This stratovolcanic complex has an area of 110 square kilometres and its sub-areal volume, which is around 70 cubic kilometres, has grown approximately 0.02 to 0.03 cubic kilometres per century, starting more than 210,000 years ago.

This volcanic complex is unique in structure. It has four lakes and an almost circular caldera of 5km in diameter and 400m in height. It also has several volcanic cones, lava domes and flow deposits. The two crater lakes provide one of the most beautiful landscapes of the Azores: one is blue and the other is green, and both are surrounded by stunning vegetation.

The two different colours are said to have formed after a princess and her lover, a shepherd, were forced apart, and the tears they shed became the lakes with colours that mirrored their eyes. 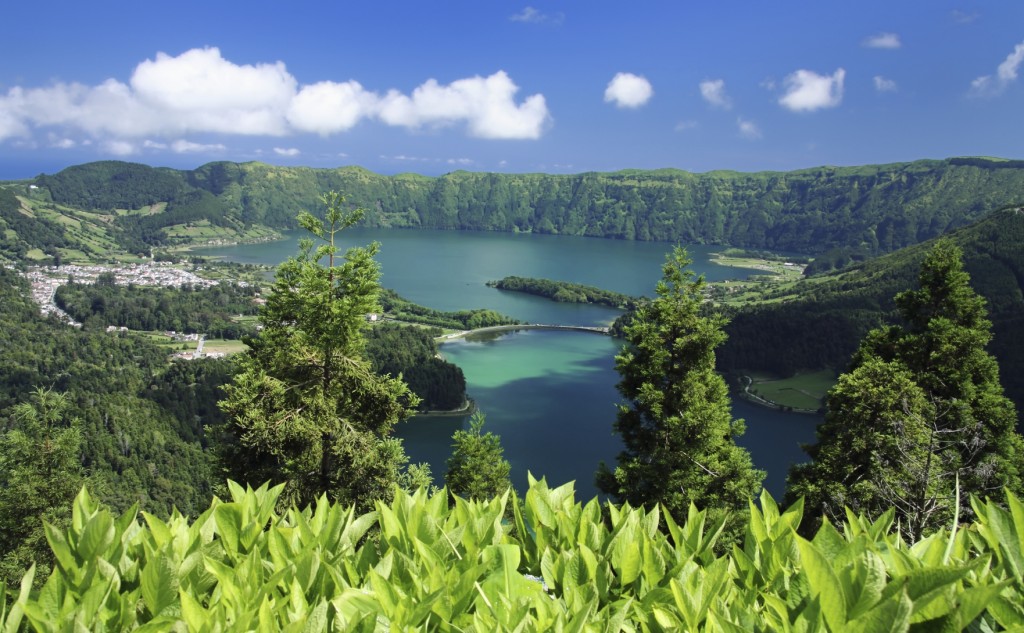 The Azores are characterised by vibrant greens and blues that help highlight the majesty of its mountains. Its location on top of major faults, rifts and plates has allowed it to develop a rich geography, as well as fauna and flora which, combined, create some of the most beautiful landscapes in the world.

At Pousadas of Portugal we can offer you the perfect base to explore these volcanic islands, so please don’t hesitate to contact us about our Pousadas in the Azores or in any other location and start enjoying everything the country has to offer!