Historic towns and stunning beaches along the Atlantic coast 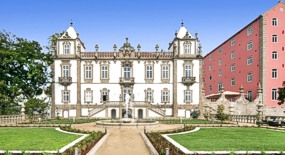 Start your holiday in the beautiful city of Porto, most famous for its Port Wine lodges but offering so much more, from a medieval district on the river (‘Ribeira’), beautiful churches with ornate gold encrusted altars, a 12th century Cathedral and great shopping areas. Porto was declared a UNESCO World Heritage Site in 1996. 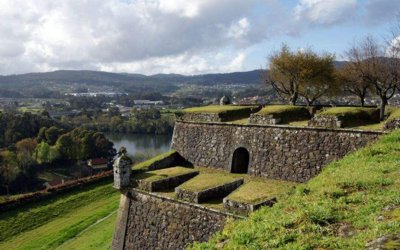 After 2 nights in Porto, travel 118 kms to the relaxing Portuguese border town of Valenca. This walled town is set on a hilltop so offers fantastic views across the Minho river to Spain.

There are a number of interesting things to see in Valenca as its history is very visible – there are several cannons positioned in the Northern quarter, pointed in the direction of Spain, a Roman milestone dating back to 1AD and the main fortress is definitely worth a visit.

Santiago de Compostela, which lies approx 123 kms from Valenca is one of the most visited regional capitals in the world. It is most famous as the destination of the Camino de Santiago, a Catholic pilgrimage to Saint James’ shrine in the city’s magnificent Cathedral. The Parador, which was originally a Royal Hospital dating back to 1499, is located on the same square as the Cathedral.

It is often described as the oldest hotel in the world as the Royal Hospital used to provide accommodation for pilgrims. 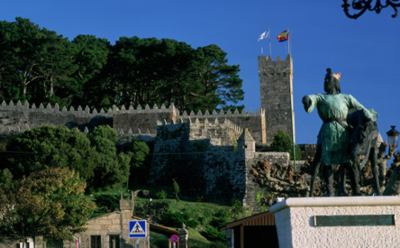 Baiona, a charming coastal town at the mouth of the Spanish Rias, is approximately 123 kms from Santiago de Compostela.

Baiona has played a pivotal role in the defence of Spain over many centuries and during the Age of Discovery. Today, Baiona offers visitors a beautiful castle, now the Parador of Baiona, a large marina and fantastic fish restaurants.

There is a small beach in the town centre but we would recommend catching the ferry to Islas Cies, three linked islands 45 mins away. One of the beaches on the Island was voted, by the UK’s Guardian Newspaper in 2007, the best beach in the world. 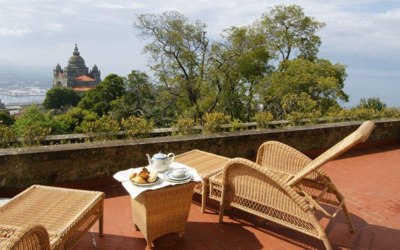 Pousada of Viana do Castelo – 1 night

Approximately halfway between Baiona and Porto airport lies the pretty coastal city of Viana do Castelo with many historical buildings dating back to the time of the Portuguese discoveries.

The city is famous for Santa Luzia, a church on a hilltop overlooking the city – the view from this church is often described as the best view in Portugal.

The Pousada is immediately behind this church.